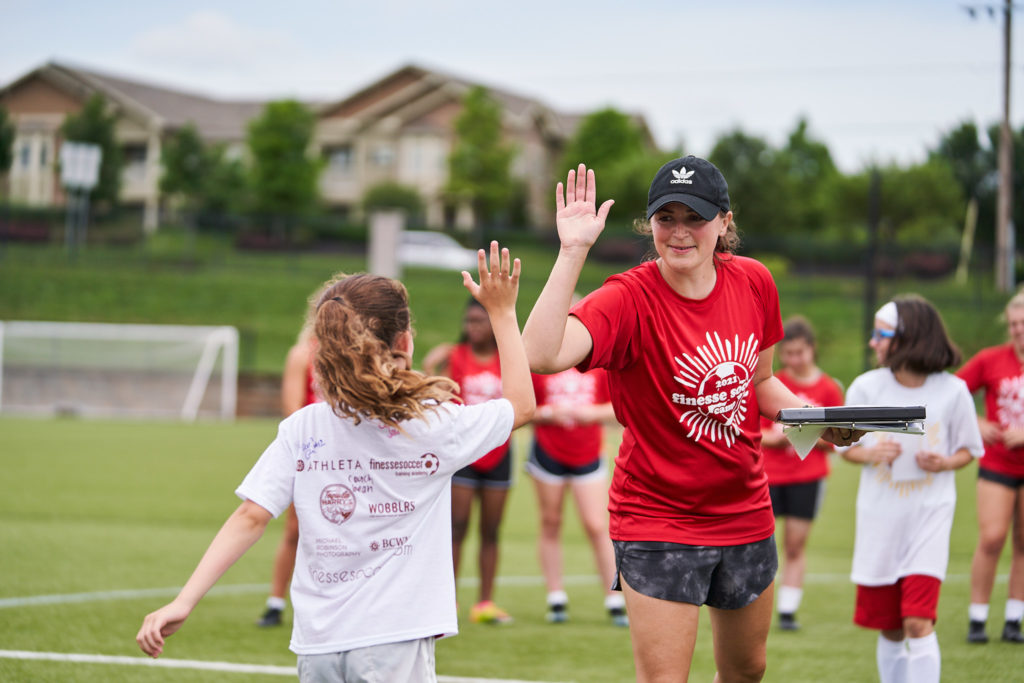 Carrie Fry Robinson played a key role in the women’s soccer revolution in Kansas City and continues to shape the future of the game as the founder of Finesse Soccer. If you’ve attended our camps or clinics, no doubt you’ve met or heard about Coach Carrie!

Carrie was one of the top high school players in Kansas City history, leading Shawnee Mission East to two State Championships, setting a Kansas state record for goals in a season (36) and earning almost every honor possible during her time with the Lancers (1998-2001). She was heavily recruited and turned down the likes of Northwestern, Colorado and Tennessee to play at Indiana University, where she graduated with honors from the Kelley School of Business.

After graduating, she worked for Deloitte Consulting in San Francisco as an analyst. She decided to trade the potential for earthquakes for the potential for tornadoes and returned home after a few years. Her first call was to her high school soccer coach, Jim Ricker, who taught her the ropes with her first team in 2008. Fast forward to 2010 when she founded Finesse Soccer, Kansas City’s only all-female training academy.

Since founding Finesse Soccer, her perspective on soccer has evolved. Her personal mission is to keep girls in the game, which drives her desire to provide positive, fun and empowering environments for players to thrive. This includes physical training in the form of camps and clinics, as well as the mental side of training in the form of empowerment workshops and mental health awareness. She is also passionate about educating soccer parents to share her knowledge of the game, as a soccer mom herself and her experience as a licensed and highly qualified soccer coach.

Carrie prides herself on her commitment to keeping girls in the game, as well as her dedication to all players no matter their skill, background or team/club. She is genuine, honest and a real life soccer mom, creating impactful programs that leave a lasting affect on players and their families. She is actively involved in the soccer community and well-respected amongst her peers. Her work extends to players who are not afforded the ability to participate in rec or club soccer, through free community programs for refugees, and the girls of the Boys & Girls Club of Greater Kansas City.

Will Finesse Soccer ever start a team or club? This is a question we get very often. And the answer is: no. We enjoy being a neutral voice, a trusted source for parents navigating the Kansas City soccer scene. Players are truly at the heart of what we do: Empowering the Future.

In 2019, Carrie was honored with the WIN for KC Game Changer Award in front of over 2,000 attendees at the Women’s Sports Awards  for her work with young girls (local and refugees) across the Metro Area.

She lives in Prairie Village with her husband, daughter, son and two pups. You’ll often see her kicking the ball off her garage (sorry neighbors), juggling on the driveway or playing a game of kickball in the culdesac. 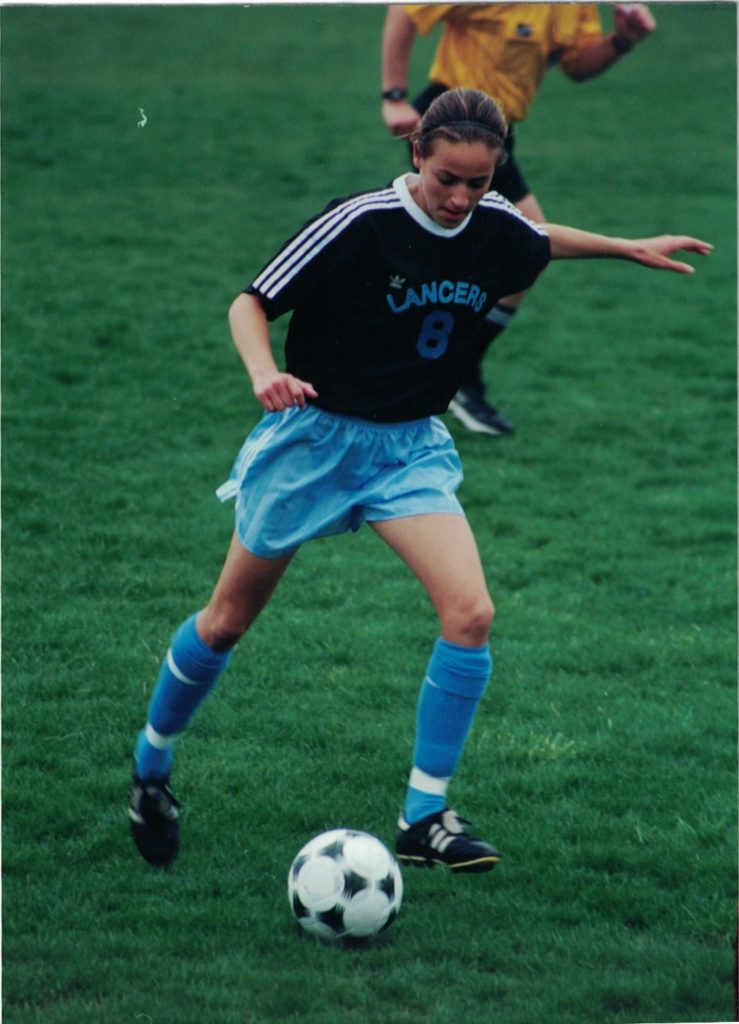 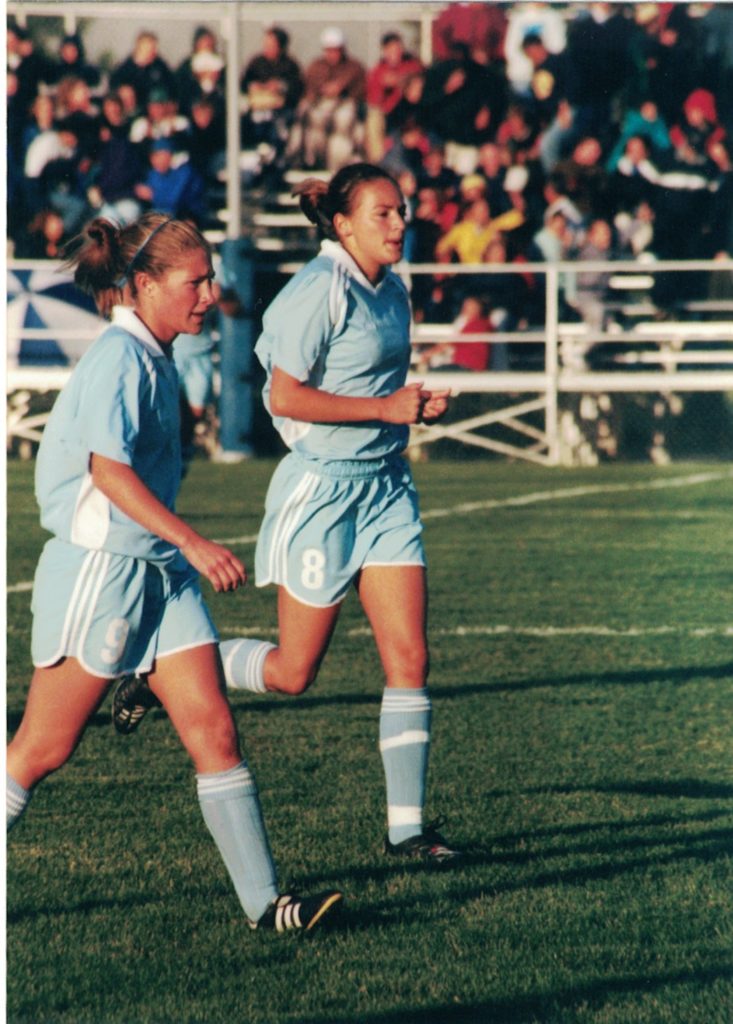 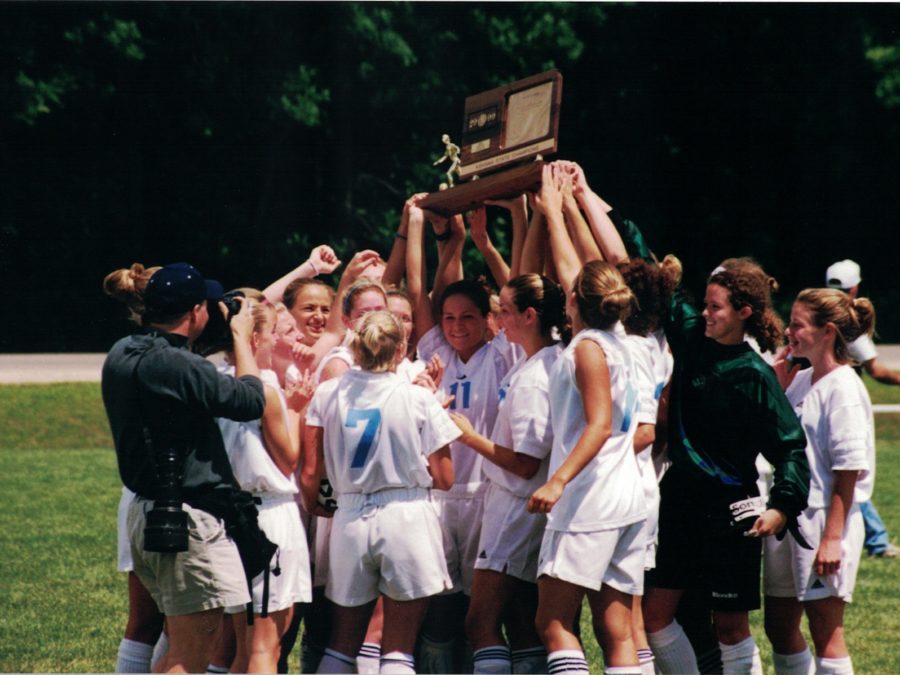 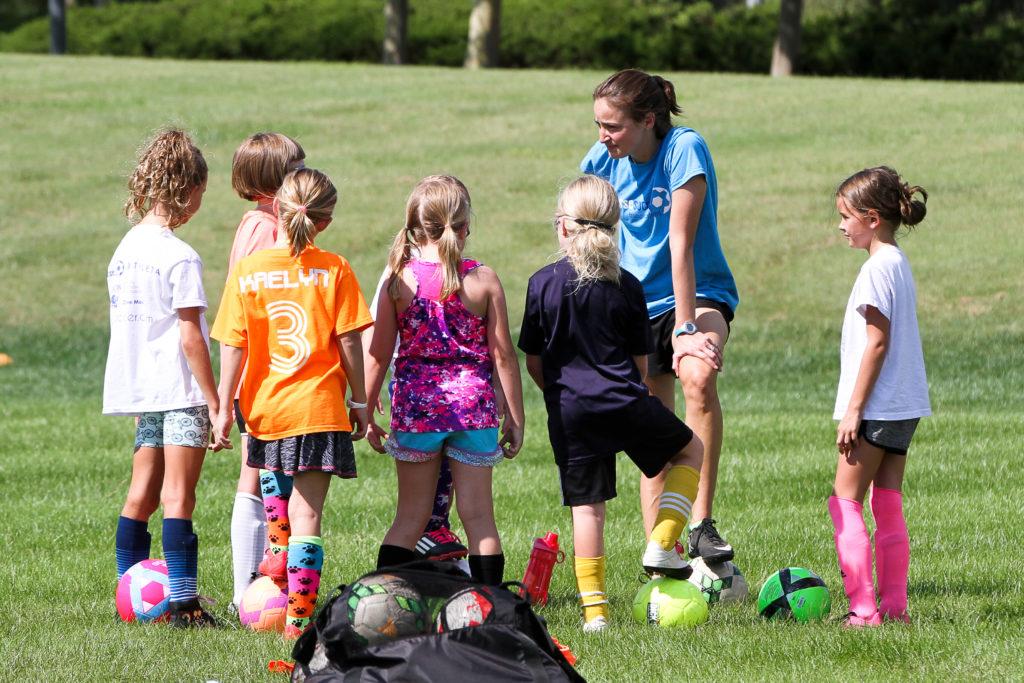